We support your further development

Constantly evolving is an integral part of the EDAG DNA. Our willingness to constantly learn new things, to question ourselves and leave familiar paths is an essential factor for our innovative strength and our sustainable success. So that you too can realize your full potential, we accompany you with careful inclusion, internal training and support your further qualification e.g. to the master degree.

If you feel like working on the mobility of the future and dealing with questions that are not (yet) answered, come to EDAG! We look forward to receiving your application!

You should get acquainted with your dream career as early as possible! Are you close to receiving your school leaving certificate? Or do you see your professional future in the technical, commercial, or IT area? Take advantage of the opportunity to gain initial experience in an intensively supported internship and get a first-hand look at different professions. We offer student internships at many of our German locations.

What happens after school? At EDAG, a whole lot! For example, during a student internship you can obtain an initial overview of EDAG as employer. Or start right out with an exciting apprenticeship!

Committed apprentices quickly take on responsibility, work on genuine customer projects and are in contact with our famous international customers. In this regard the topics have never been so exciting: Whether eMobility, carsharing, or controlling vehicles via apps – being involved in these areas is real pioneer work!
Our support programme for our apprentices includes thorough initial training, numerous in-house continuing education courses, and individual opportunities. Depending on what basic training you have completed, we then actively help you to gain further qualifications, as master craftsman, technician or with a dual education program. Together we will bring out the best you have to offer!

Find out more now and decide on a future at EDAG!

EDAG – we are passionate about providing apprenticeship training

EDAG has been training apprentices for approximately 45 years; providing young people like you with a qualified start to their professional career. Today, more than 2,000 apprentices have learned a trade at EDAG in the commercial or technical area and thus have made themselves fit for a successful career. You will meet many of them at EDAG; we didn't want to let them go. Read here what connects both generations.

More than 70 committed full-time and part-time trainers and a modern learning environment with our own training centre guarantee a high quality of education. But don't just take our word for it! Our apprentices have repeatedly won awards on the state and national level for their excellent examination results. Apprenticeship has always been at the heart of our efforts to secure young talent. In the future we will rely on our young colleagues, who are motivated and bring in their know-how with commitment.

What do you want to become?

Currently there are 14 professions to chose from. Depending on the vocational sector, the training lasts for either three years or three and a half years.

When theory and practice complement each other, things are really great! A dual study program at EDAG offers you great opportunities for your future career. Whether you are interested in technology, business, IT or production, we offer suitable studies for almost every talent! Currently, you can choose from 15 study courses. Naturally, your studies will be rewarded with a monthly allowance.

At the dual university or college, you will acquire the theoretical and scientific know-how. We cooperate with the most renowned schools and faculties in Germany. During the other half of your studies, you can practically implement your newly acquired skills at EDAG. You work in permanent teams and on real projects - usually even with customer contact. Internationality is very important to us and is much more than just a language course. We support you in selected courses of study to experience practical application at our international locations. In this manner, you will be optimally prepared to act in international project teams in the future. As the world's largest independent engineering service provider to the global auto industry, you can also expect highly interesting future topics such as autonomous driving, new mobility concepts and electric mobility.

There are currently 15 dual study courses to choose from.

This is how EDAG ticks

The way we are

We develop solutions for the mobility of the future 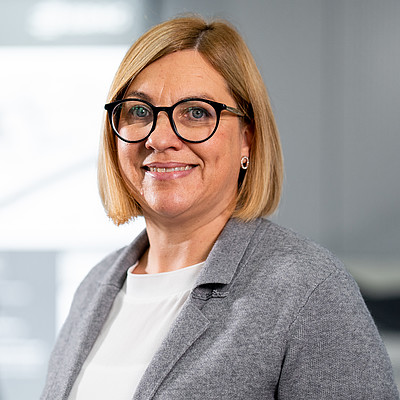